I suck at blogging lately. I remember when I started this blog I had all these fantastically clever ideas for blog posts. I'm not sure what happened to them.

I'm feeling like a bit of a Debbie Downer lately, and you're going to have to read about it.

One of the fun (ha-ha) things about being single is that any time the topic of conversation turns to relationships, you're subjected to a slew of platitudes and cliches and trite reassurances. I've begun collecting them, and each one is as nauseating as the last ("There's a shoe for every foot! There are plenty of fish in the sea! He's out there somewhere!") Everyone has a story about someone they knew who didn't get married until they were much older than you are, and so you shouldn't give up.

I appreciate that other people have so much faith in my future. It's nice that every single person I have ever spoken to thinks that soon (like, probably tomorrow) I am going to be swept off my feet by the most amazing, handsome man in the world, and all this will just be a memory. It's sweet how stupid people can be, it really is.

The fact is that there are plenty of women who never marry, and I'm no better than any of them. My single sisters tend to be highly educated, well-paid, successful, and happy. There are worse ranks I could join.

I don't particularly want to join those ranks, but this isn't the sort of choice that I get to make for myself. And I know that you (yes, probably you) could tell me about this great woman you know who didn't marry until she was 37, and she's so happy now, so I shouldn't give up. Do me a favor, and ask that happily married friend how many dates she went on. I don't care if they were bad dates. A date is a date.

I have never been on a date. I am twenty-seven years old. Guys just don't seem to look at me that way. I don't take it quite as personally as I used to, because the older I get the more that I realize many, many men out there simply don't ever grow up. Men who don't grow up don't date or get married (as a general rule).

I would still love dearly to adopt a husband. But I guess my feeling these days is that if I've done all I can do and I don't see any results, it's time to put my focus elsewhere. The longer I cling to the idea of being someone's wife, the worse off I am. I wasted my early twenties telling myself that this thing or that thing wasn't important, because I was going to get married. As a result, I am much farther behind in my studies than I should be. I never bothered to choose a major or look into careers because I didn't think I'd have to. Now I'm in a position of having to support myself. I can't plan ahead as though I'm going to get married, because it just doesn't seem likely at this point.

I don't know what more to do to not be single. It's not as though I've got ridiculously high standards and I'm turning men down. I don't think I'd ever say no to a first date. But I'm not being asked.

I've found that when I start to lament my single status, my mother tries to cheer me up my telling me how wonderful I am. I'm not sure what she hopes to accomplish with this. All it do is convince me that I must be physically repulsive, because if I really were that wonderful, I'd have married eight years ago. My mother once made a list of all the great things about me, and my physical appearance didn't make the cut. I sound like a bad personal ad. I have a great personality. 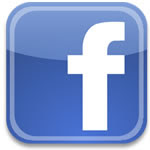